Kenny Rock – Chris Rock’s younger brother – challenged Will Smith to a boxing match after the actor slapped his brother.

According to TMZ, on April 13, Kenny Rock said he signed up for a boxing match under the Celebrity Boxing program in Florida. He challenged Will Smith to a high and low competition. The comedian’s brother said he was not afraid when Smith was taller and confident that he would win. 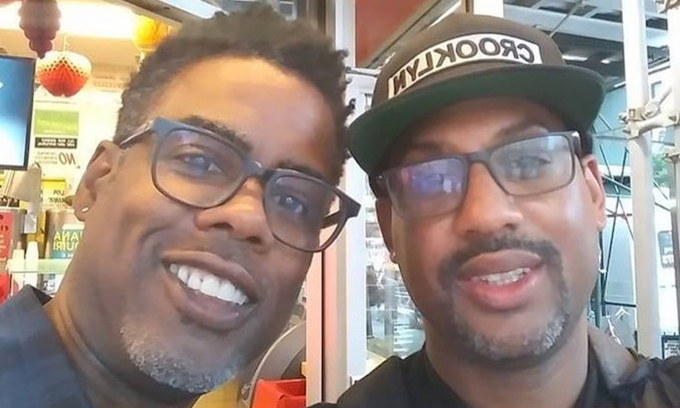 Celebrity Boxing was founded by businessman Damon Feldman, specializing in organizing boxing matches between Hollywood stars. Kenny Rock’s fight is scheduled to take place in mid-June. If Will Smith does not accept, he will have to find another opponent.

After the noise at the Oscars, Kenny Rock repeatedly defended his brother and criticized Will Smith’s violent actions. He claimed Chris Rock didn’t know about Jada Pinkett’s illness when he joked about her baldness on stage. Kenny also said his brother was “very fine” after the incident but said that Chris did not accept Will’s apology on social networks.

Kenny Rock, born in 1979, is one of the seven brothers of Chris Rock. He acted in a number of film projects such as Coincidental Killer (2016), Vesuvius (2018) but did not make a mark.

Chris Rock is tight-lipped after the noise at the Oscars 2022. The comedian joked that he will only speak up when someone pays him to do it. After the Oscar ceremony, his comedy shows were very popular. An event organization said the demand for tickets to see Chris Rock increased about 25 times over the previous month. He started touring around the US from the beginning of April.